Photoshop Masking is one of the basic image processing operations that works on the background of an image. Many professionals consider it to be an essential substitute of clipping path service for removing or replacing the background of a complex image. Masking uses Photoshop’s layer mask. Masks can be created through various ways. Masking gives the image a natural and realistic look and still preserves the naturalness of background and foreground. Check image editing asia service for better solution. 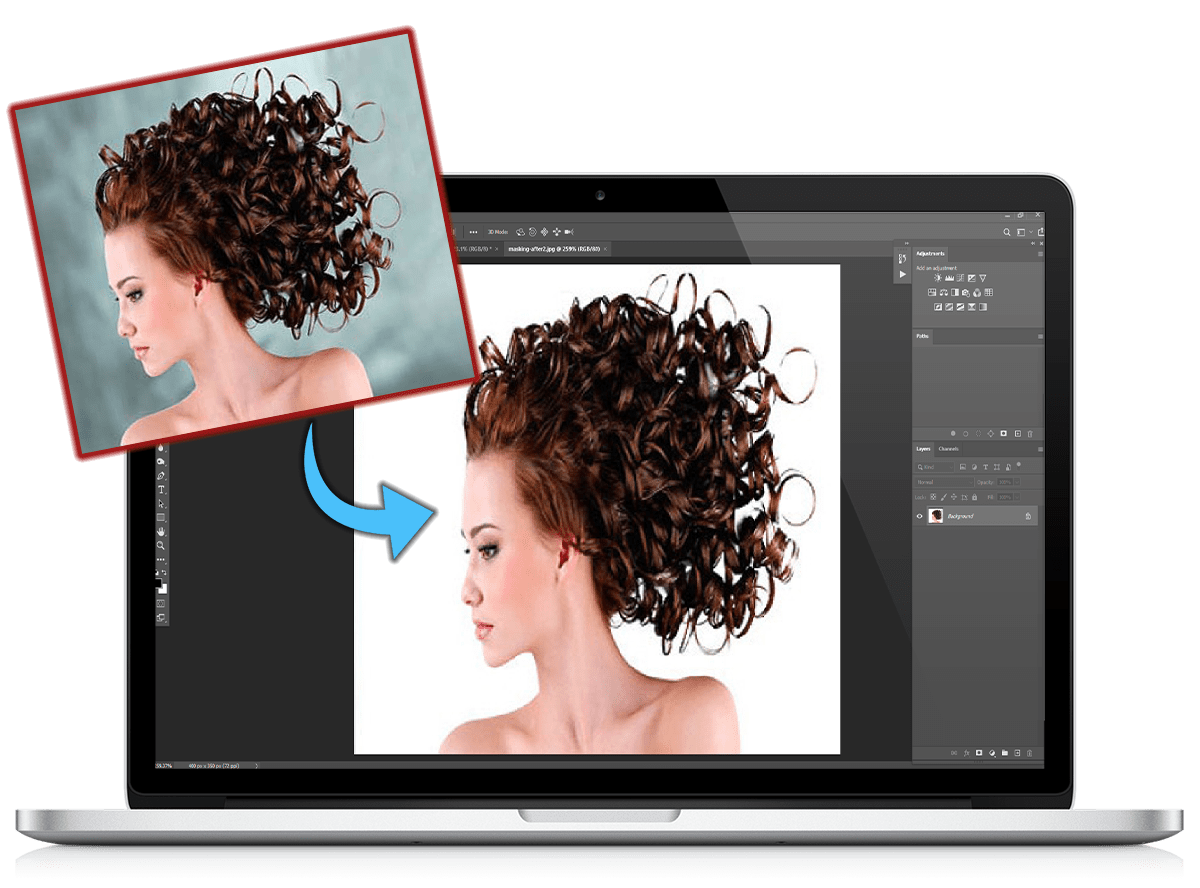 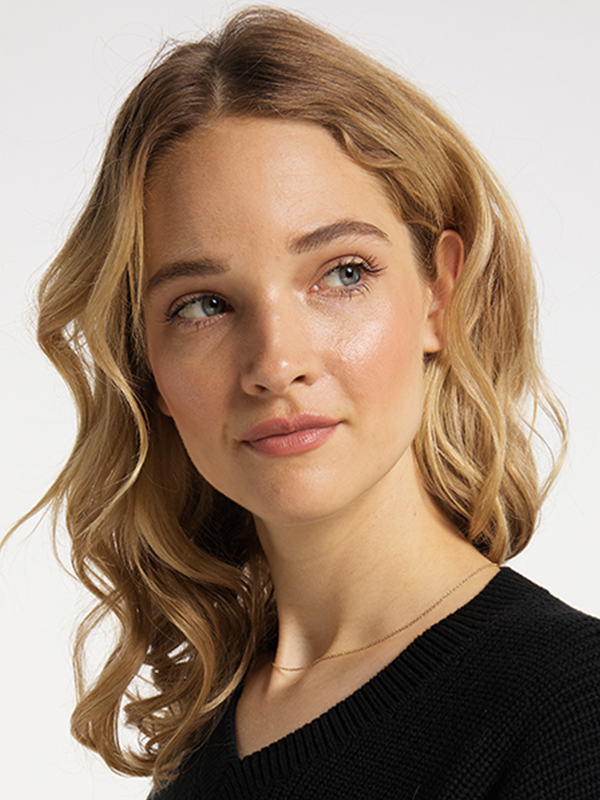 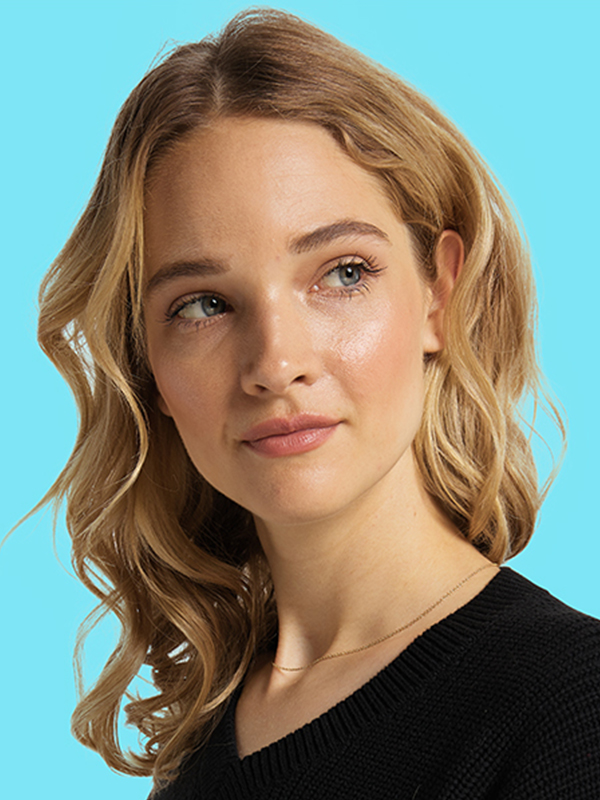 If you’re familiar with the basics of image manipulation, you’ll know that there are tons of ways to go about it. With so many different issues a photo may have, there are also numerous techniques to fix them, thanks to technology. Image masking is one of the stand out options as it’s quite a notable technique for particular needs.

In fact, it’s so specific and handy at the same time that it is offered as a separate post-production photo manipulation service by a lot of companies. There’s enough demand for this particular technique that it’s worth highlighting and offering on its own.

But what is it exactly? Find out below.

What is Image Masking Service?

Before going into the details of what a Photoshop masking service is, let’s talk about what the technique is all about first. Image masking is a series of steps that will allow the editor to hide or remove objects or portions of the photo. It’s used to enhance the overall quality and look of the shot without destroying or damaging the original.

There are a few different kinds of image masking in Photoshop, offering different effects for your photo. First and most basic is layer masking which is where the opacity levels of different layers of the photo is changed in order to hide or reveal portions of the photo. This is one efficient way to highlight a specific part or object in the photo without cutting off parts awkwardly.

Clipping mask is another kind of image masking. Here, one layer is used to control the opacity of the layer on top of it. It sounds complicated but it’s an effective method that comes in handy for a lot of shots.

Alpha channel masking is considered as one of the most intricate techniques in removing a photo’s background. It’s usually applied to photos with subjects or objects that have irregular edges as it cuts down the effort of using a clipping or brush tool to deal with the curves and slopes of the edges.

With all of that said, a Photoshop image masking service is a photo editing service that offers the tricks and techniques mentioned above. It’s easily comparable to path clipping since it’s widely used to separate the subject from its background. However, instead of cutting the object out, it utilizes more complex techniques to make sure that the edges are not damaged in the process.

Image masking can also involve effective background removal and image compositing. These promise better output as they can produce higher quality images without needing you to provide professional shots to get started with. 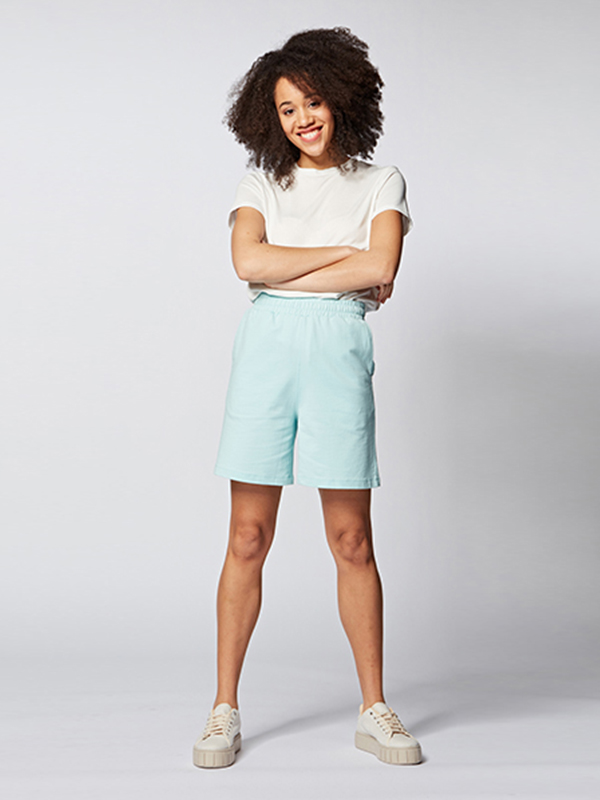 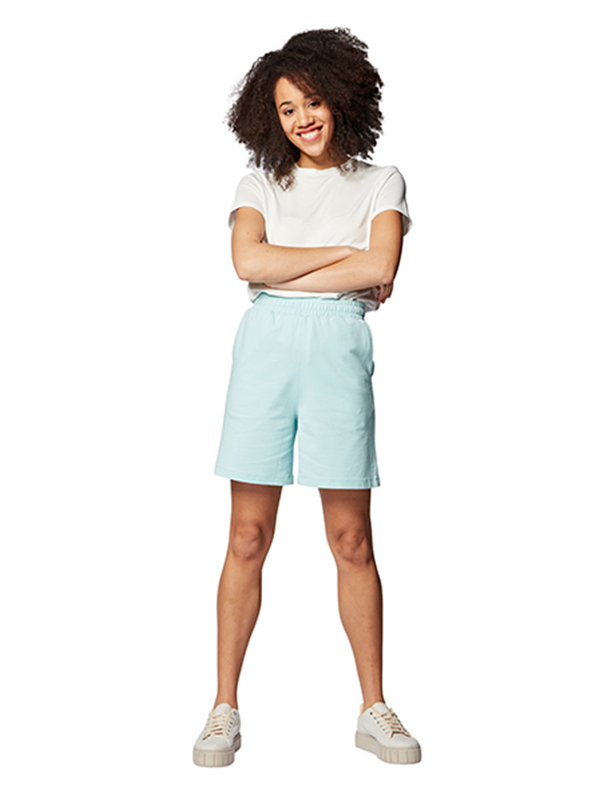 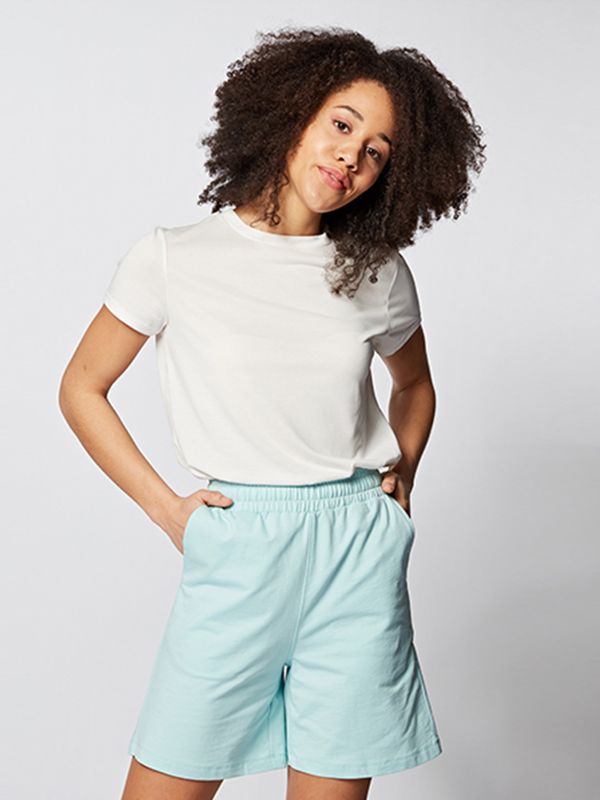 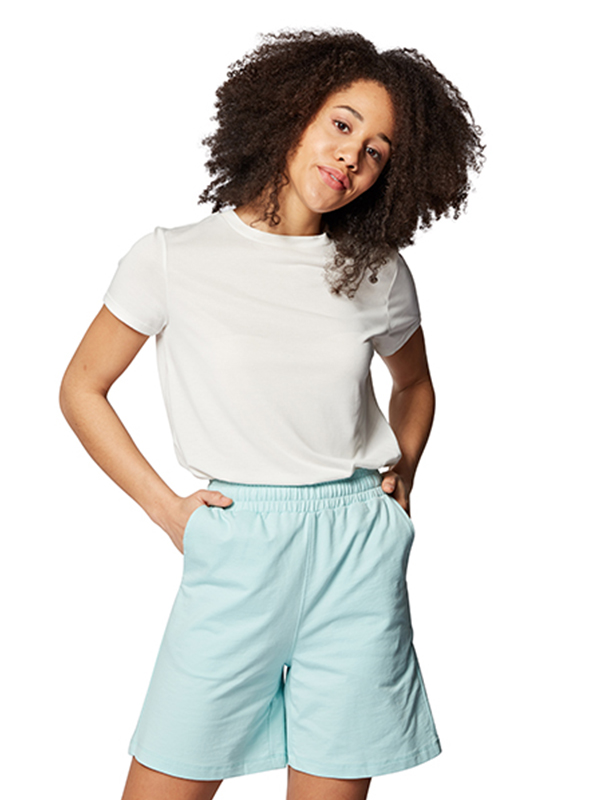 To better explain what photo masking in Photoshop is, it’s best to compare it side by side with path clipping. As mentioned above, image masking is more of a series of techniques that result in a more delicate separation of the photo’s background and subject. It involves several steps and tools to achieve the desired results. And it’s often used for subjects with fuzzy, furry, and irregular edges.

Path clipping, on the other hand, is a singular technique wherein the editor traces the shape of the subject and then cuts it out of the photo completely. It can be used for items with irregular edges but it will take a very long time to do so. This is why it’s more commonly used for items with solid edges. It offers a more blunt cut and shape so it’s not the best option for those who need to cut out subjects with small details on their edges.

These also make it necessary for image editing companies to offer separate services for image and layer masking in Photoshop as they offer a very different output from path clipping even if both are designed to cut out objects from photos.

Not sure if you should opt for a masking service Photoshop instead of path clipping? These two services can really be a bit confusing since they offer practically the same effect. However, it’s quite easy to tell which one you need based on the kinds of photos you make or the products you have.

If your items largely consist of clean lines and solid edges like bottled or packed items,  furniture, or gadgets, then path clipping can already do the trick for you. However, if your photos are primarily made up of a burst of shapes, then you’ll need image masking.

To be more specific, those who showcase their items on animals and people might need image masking instead. The movements made and the curves present in such photos can prove to be a challenge to cut out perfectly. Hair masking in Photoshop also offers better results than cutting them out, especially for textured and natural hair types.

Make a quick assessment of the items you want to feature in your photos and determine just how much detail they have. It’s crucial that they retain a realistic appearance when they’re cut out of their original shot, so if they have lots of details and irregular shapes on the edges, you should look for a Photoshop masking service provider. 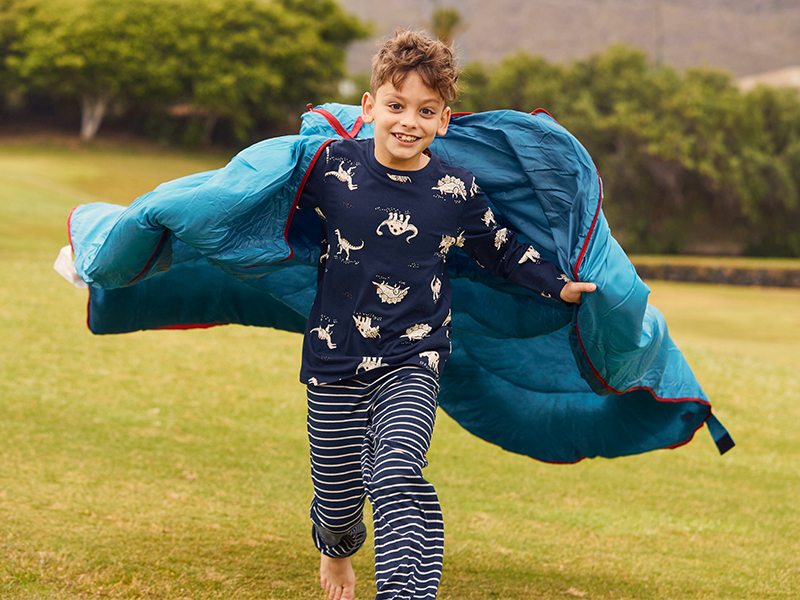 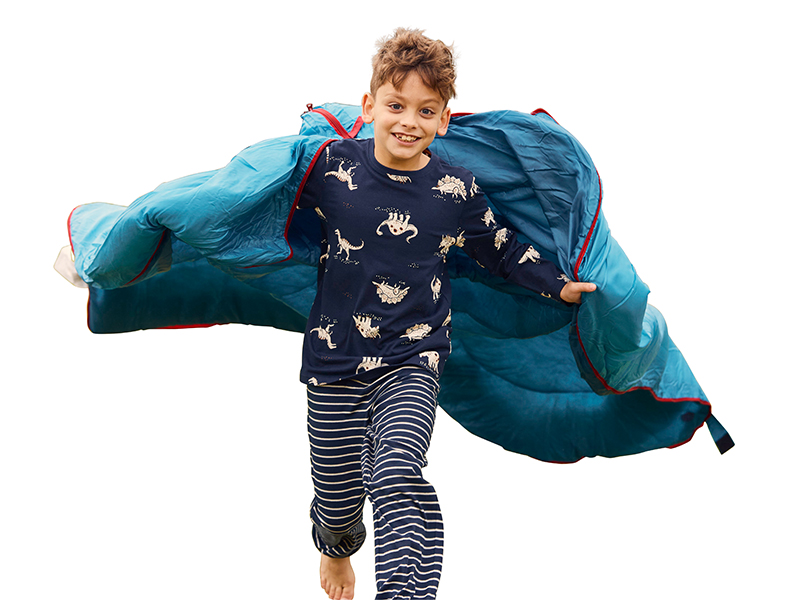 Ready to search for the best image masking service provider out there? This process may seem a bit daunting but it’s really not. Despite having tons of options available, you don’t have to be very overwhelmed with options as these experts are very straightforward with their offers. One look at their sample works and you’ll be able to assess which ones suit your preferences and requirements.

Aside from their portfolio, take advantage of the free trials available. This will help you better gauge the capabilities of the experts you’re considering to work with.

The exchange you’ll make during this time will also tell you a lot about how they communicate with clients. It should give you a feel of how they operate. If you find them easy to work with and they can understand your requests and special instructions with ease, there’s a good chance that you’ll be able to work with them without any issues.

Finally, consider how they’re offering the image masking service. Some offer it as a separate service from their photo editing services while others may fold it in with their path clipping services. Be particular about this detail as it can make or break your results.

Get 1 photo editing service for Free

Have your image back within 24 hours

What Is Image Masking Service All About? Learn From The Best

Image Editing Asia (Pvt) Ltd is the first and foremost name that should come to your mind whenever you are looking forward to image masking Service right now. Generally speaking, Photoshop masking is often considered to be the basic image processing operations, which will work on background of an image.

In order to come across some better masking solution, we would like you to check out the image editing Asia services right now. You will be bombarded with the best options to consider around here.

Specified services all the way through:

We are pretty familiar with the basics of the image manipulation. So, you are well-aware of tons of ways to go with it. With so many different issues that your image might have, there are different techniques we use to fix them as well. Thanks to our modern technology, image masking is one stand out option as it is quite a notable technique for that particular need.

So, whenever you are on the mission to get your hands on the best image masking service, we are always there to help. 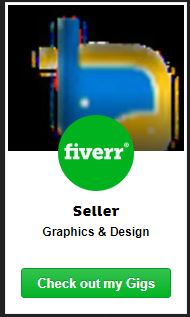